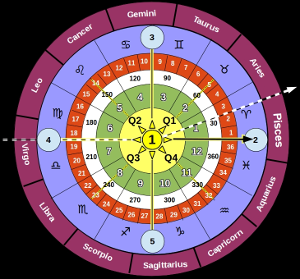 The Solar Cross & The Zodiac Cross 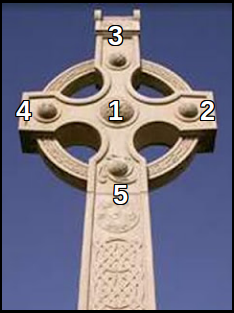 This is the ancient Solar Cross with its '4 around 1' configuration.

The Solar Cross shows the orbit of the Earth around the Sun at point No.1 with its 2 Equinoxes & 2 Solstices

We can number the 4 other points of the cross from a Northern Hemisphere perspective as follows: 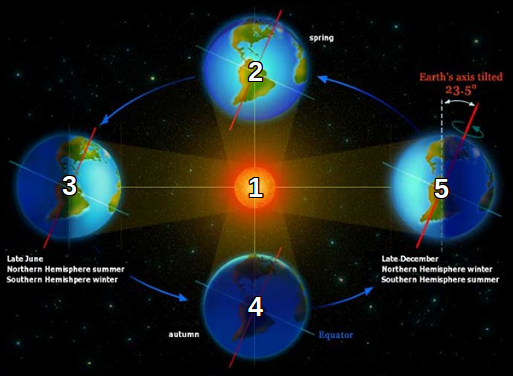 The Equinoxes & Solstices create the 4 Seasons

How Is A Standard UCC Year Divided Up?

To answer this let's look at the other Ancient Symbol 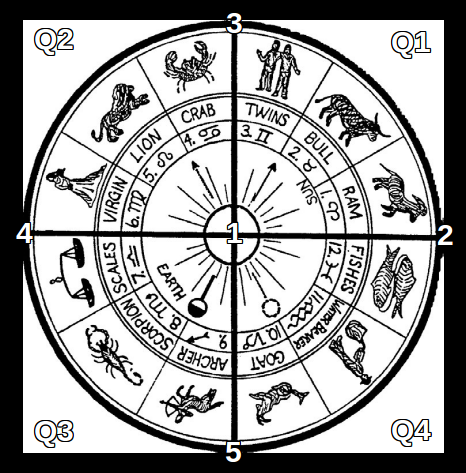 and the positions of the 5 Special Days

The 4 Quarters/Seasons each have 2 Festivals:

A 'Cardinal' Festival to celebrate the Start of each Season with:

A Mid Season Festival to celebrate their Mid Points in the middle of:

The Western Tropical Zodiac of 'Sun Signs' is actually our Ancient Seasonal Calendar!

Their equivalent Zodiac Constellations are shown in (brackets) in the table

I call the 12 Sun Sign segments 'Triads' instead of 'months' 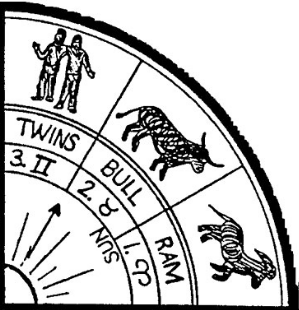 (circa March 20th/21st in the Gregorian Calendar)

So this is also when the UCC Year begins

The Triads are then named after their NUMBER in the Zodiac cycle plus its respective Sun Sign Name & Symbol:

Either the Number or the Symbol can then be used as an abbreviation for the Triad in question:

How Are The Triad 'Months' Divided Up?

These are The Sun at the centre and the 9 Major Orbits of:

Earth (with its Moon)

The Asteroid Belt (with its main orb Ceres)

The Gregorian Calendar has a 7 Day Week based on a day for each of the orbs visible from Earth with the naked eye;

But does not include The Asteroid Belt, Uranus or Neptune

Therefore the Calendar is very easy to use as EVERY Triad looks exactly the same with its 3 Decans: 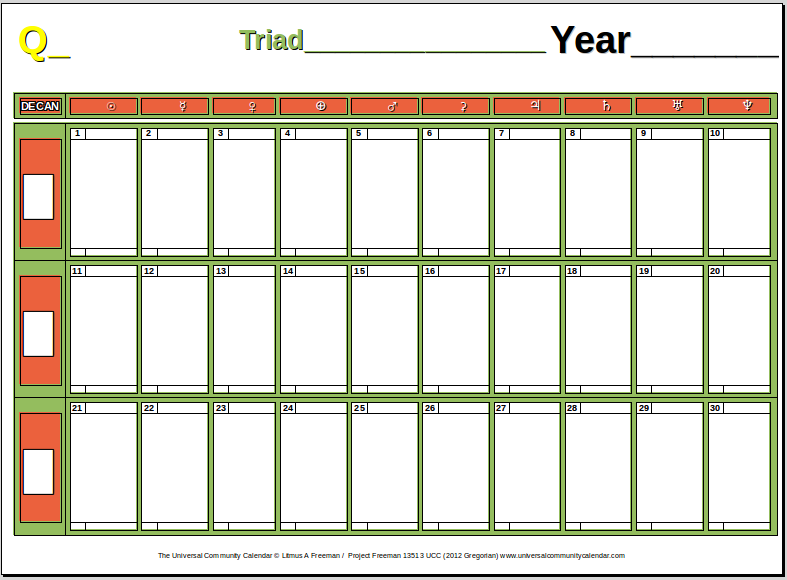 So, the combination of the 5 Special Days of the Solar Cross

the 360 Standard Days of the Zodiac Cross 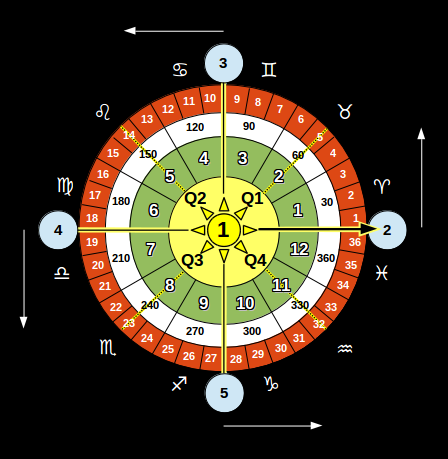 The 360 Standard Days in White

The Zodiac symbols are also shown around the edge

What Are 'Intercalary' Days?

Day No.1 in the centre in Yellow for The Sun

Days 2, 3, 4 & 5 in Blue around the edge for the Equinoxes & Solstice which start each Quarter/Season

How Do Leap Years Work?

Click here for full details about the Leap Year system 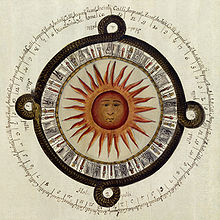 I took this as a good sign that I was on the right track!

Rather than creating something new I feel that I have merely rediscovered some forgotten ancient knowledge...

For much more detail, including how the UCC year numbering system works, please visit the